Fey is perfectly cast as the central character - war correspondent Kim Baker - who heads to an overseas assignment in Afghanistan to escape a rather humdrum life. She is a gifted comedienne, so these scenes looked effortless for her. It is her transition to a more serious reporter, addicted to the adrenaline of her job that Fey really shines.

I would strongly encourage you to seek this one out, you'll be glad you did. As the movie opens, we see Baker in a heated argument with an Afghani man. Then we go "Two Years Earlier", where Baker, looking miserable, is in a team meeting for some news outfit.

When told that there is a shortage of TV journalists in Afghanistan, Baker does not hesitate, and she volunteers, supposedly for a three month assignment. Next thing, we see Baker arrive at the Kabul Airport. At this point we are at most 10 minutes into the movie but to tell you more would spoil your viewing experience, you'll just have to see for yourself how it all plays out. Couple of comments: this movie is the big screen adaptation of the book "The Taliban Shuffle: Strange Days in Afghanistan and Pakistan" by real-life TV reporter Kim Barker not sure why in the movie the names becomes "Baker".

Here, they, along with producers Lorne "SNL" Michaels and Tina Fay herself, try to give us a glimpse of what it was like for an inexperienced journalist to come to Afghanistan in and report on the war. The early past of the movie shows us how Baker is adjusting to her new environment, and what a shock to the system it is indeed. Along the way we get to know fellow journalist Tanya Vanderpoel, played by up-and-coming Australian actress Margot Robbie who also was in "Focus".

But the movie really takes off in the second hour no worries, I won't spoil. Please note: this is NOT a comedy. If you are going to see this, expecting many laugh-out-loud moments as only Tina Fey the comedian can bring them you are going to be sorely disappointed and let down. Not sure whether it is the producers or the studio who are pushing this as a 'comedy' but that is a grave mistake.

Last but bot least, there is a lot of great music in the film, including the original score, courtesy of Nick "DeVotchKa" Urata, and also a bunch of song placements, such as Radiohead's "Nude", the National's "Green Gloves" and Harry Nillson's "Without You", which I will never listen to the same way again, seeing how it was used in this movie. That is a darn shame. Regardless, I enjoyed "Whiskey Tango Foxtrot" a lot for what it is journalistic war drama.

Has soul jim9tan 22 March I am impressed. This is one of the few films which has inspired me to read the source material; the autobiography by the journalist Kim Baker.. The film starts with comic moments as greenhorn middle-America Kim Baker Tina Fey arrives in a war zone. Then, the film darkens as it touches on the corruption of the expatriate community and the seduction of war reporting. Surprisingly, Tina Fey can act in a dramatic role. Being comic with a straight face, facing danger, fending off romeos, and falling in love. In the end, Kim Baker rediscovers herself and returns home.

The film deals superficially with the horror faced by Afghan civilians and the root causes of the insurgency. However, this is the story of a white woman in a foreign land. Overall, the film was predictable but lightly touches the soul. Credit to the editor for walking the difficult line between entertainment and horror. The rest of the cast did a creditable job. ChrystineA74 3 March I've just returned home from watching "Whiskey Tango Foxtrot. They got everything right. Tina Fey as "Kim Baker" deserves an Oscar. This is by far her best performance yet, but as with anything Tina Fey is attached to, you'll see nothing but excellence.

She is stunningly brilliant in her journey from utterly green, sheltered, cube farming news writer to seasoned, battered, weary war correspondent. The supporting characters fully flesh out their roles becoming very real characters that you know and understand, especially Christopher Abbott as "Fahim Ahmadzai," the driver.

His farewell scene with Ms. Fey was beautifully touching and at the same time respectful of the cultural divide between US and Afgan etiquette. Evan Jonigkeit won the end of the film with his explanation of his own journey through losing his legs.


Do not go into this film expecting a comedy. This is a dramatic portrayal of life as a war correspondent, with intelligent humor sprinkled throughout in equal measure to moments of terror.

It hits every nerve and every note. It's extraordinary all around. Tina Fey portrays a nuanced character, a low level employee of a network news department who makes an impulsive career move and ends up as a war correspondent in Afghanistan. Doesn't sound entertaining? It probably wouldn't be without the amazing touch Fey puts on her character. While it's not a war movie, it certainly captures the hopelessness of a culture doomed to perpetual war in the arm pit of the world. Afghanistan ultimately gets dismissed as a place undeserving of American military support, or even interest.

The people shoot each other and blow each other up in conflict over interpretations of their medieval religion, and the movie correctly concludes "who cares"? But the Americans and individual Afghanis touch each others lives in ways that transcend cynicism. Fey and her Saturday Night Live co-producer Lorne Michaels find humor and humanity in ways that make you root for all the characters. The movie has no dull moments, and the pacing keeps you in your seat.

Like Afghanistan itself, there were potential landmines of preachiness, boring politics and hopelessness Three cheers for Tina Fey, who manages to give us entertainment and a smile while showing us how lucky we are to be Americans. WTF could have been boring and preachy, and instead gives us a feel good movie from the most unlikely place on earth. Denigrating Afghans, American bravado, Female empowerment and not funny! This movie is another one from the lazy mind chain that we simply have started to refer to as 'Hollywood' nowadays. I could digest some of the American jingoism paraded recently in all their sci-fi movies, but when you are delivering something about a region torn by American hegemonic war of 16 years and counting , the jokes about Afghan men humping donkeys as a joke just brings bad taste in the mouth.

The movie is based on the memoirs of a news journalist real life Kim Baker book ' The Taliban shuffle' who is reluctantly pushed in the war torn Afghanistan to cover the media news coverage. Tina fey stars as the main character. I'm not particularly fan of Tina fey and her pretending to put a girlish vibe in her 40's just doesn't cut it. Really are women in west so thirsty after 2 months?. Almost half the movie is filled with partying of women, drinking, trying to be adventurous or just delivering nasty one liners to men about urinating in the open or becoming bold every time with false bravado.

Characters don't really seem to give any heed to the country they are trying to cover OR the poor people they are supposed to be looking out as foreign 'saviours'. Afghans are portrayed as someone belonging to neolithic period and so is the country. As a consultant who has visited Afghanistan around the same period, I can safely say that all the caricatures developed here are utter nonsense and denigrating to the country's state as many of the amenities available in a developed society are available in Afghanistan's bigger cities. Same is the depiction of Chinese brothels in Afghanistan and lines uttered about 'Taliban punishing men whose under hair used to curl on their sticks!

In reality what the movie overlooks completely how American soldiers stationed in Afghanistan are living in one of the highly sophisticated luxury affairs that any soldier can dream nowadays.

Hollywood depictions of how American system is better than others by taking puns on other cultures are coming off as fake and repetitively boring. Its now clear that Tina Fey is one of the most multi-talented people in the entertainment world, and this movie will go far toward solidifying her reputation as a broad gauge polymath. Aside from everything else, its clear she's a wonderful actor, and interestingly enough all the really strong central characters in this movie are indeed women as Tina ruefully laments that she should have googled one particular character.

Well worth seeing, worth owning. More than that, knowing it was based on the memoirs of female war correspondent meant I probably would have seen it anyway. I want to read the book. I've read the reviews here and agree with the many insightful positive comments on the movie. There isn't much need to go into them in detail, so I'll summarize what I liked most: A chance to see what it's really like to be an embedded journalist in a war zone, including the partying, but also the more realistic aspects, such as dealing with network executives responding to public indifference.

As many other women, including Fey herself, have observed, usually women are portrayed either as romantic rivals or enemies, while good looking women especially are portrayed as empty headed or mean, and marriage or man obsessed. 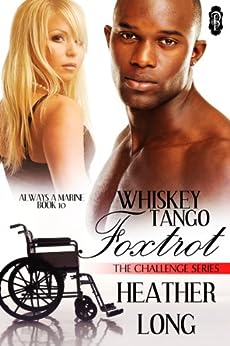 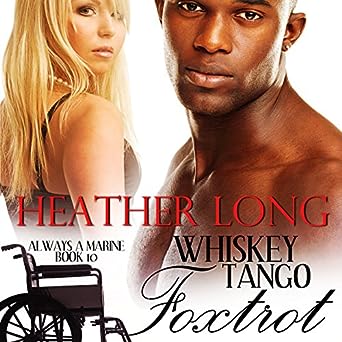